Olives of Córdoba is a project consists of eight pieces of watercolour paintings. Judging from painting technique side, it is an experiment whether the style project Zhivago used would receive some positive feedbacks. It is also an attempt to find out if the colour used in the series is the most suitable option for Andalusian landscapes.

Images produced in the series completely ditched the concept of contemporary art. They are not involved with attempt of innovating forms of expression, nor anything conceptual. They are reproduced documentations of eight different objects in different space. 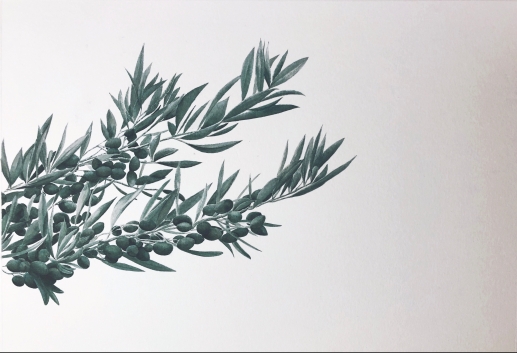 And here are some photos of its process.

These watercolour paintings were designed to be placed in cafés that tend to hang plants on the celling. The original idea was that, eight hanging frames will be at the altitude in front of the reception to divide space around the cashier. It could effectively separate the area into different parts without break the continuity of the interior. They will create a conceptual wall by only blocking eyesight between cashiers and customers. According to my design, this interior design targets neighbourhoods where people are less willing to interact with each other. Olives of Córdoba could provide cashiers their own space without being intentionally staring at when they are working, but meanwhile verbal communication will not be blocked as if it is a real physical obstruction. 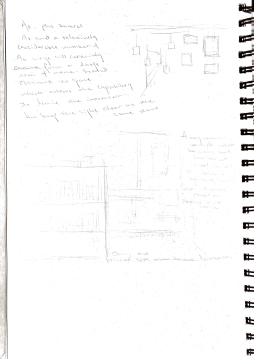 During this project, another seires of illustration has been derived from these watercolour. It has not be named but I have started converting them into pixel animation. I believe the potential to make it the starting point of my exploration of pixel art. 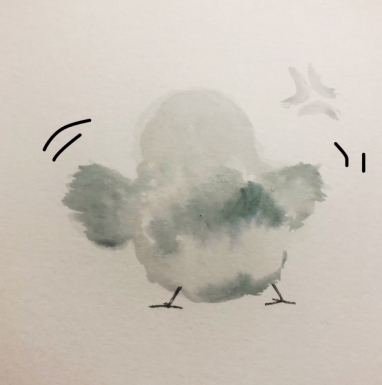 Also there was a quick sketch I made at a break of practicing traditional Chinese calligraphy.